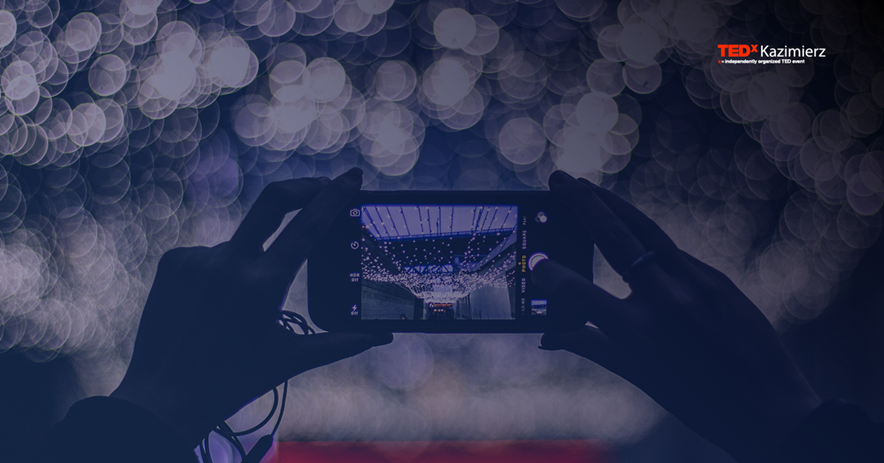 High time to remember all the cool things we saw, heard and experienced in the passing year. 2016 was a year full of surprises, discoveries and craziness.  Let’s check them out!

If someone is going to give up after several pitfalls, it’s definitely not Elon. No pains, no gains, as they say. The latest successful landings of Falcon 9 not only show the possibility of a reusable rocket, but also brings back the childhood dreams of space exploration. If one guy might be an exception, two are a rule. With the similar success of Jeff Bezos’s Blue Origin, 2016 can be proudly called the first year, when space travel came back from its prolonged annual leave after an end of a Soviet –American Space Race.

Mr. Einstein can soul can be finally relieved, with gravitational waves being the last step in the validation of General Relativity theory. The possibility of those was explored by Albert Einstein back in 1916, who himself doubted that they could ever be detected. 100 years go by, and now we are the proud observers of astrophysics being turned upside down.

We owe the discovery to a cataclysmic event, which took place 1.3 billion years ago and involved the collision of two black holes, whose total mass was about 29 and 36 times the mass of the sun. Two question come up. How small and insignificant we are in this universe? And how on Earth did they calculate all that stuff? For the eager to get those answers, I suggest enrolling into philosophy and quantum physics studies. What it means for the rest, is that the possibility of time travel and measuring the size and limits of the universe just got much closer. I think the researchers from LIGO deserved a big bottle of champagne and a nice Nobel Prize in physics. Round of applause!

In 2016 we got one step closer to the eradication of the most dreadful disease of our times. With the discovery of organisms whose cells are immune to cancer. While we already have some more or less efficient vaccines against viruses-caused cancer, the recent discovery might pave the way for the chain of tests and experiments, whose end result would be a world without cancer. If not completely ugly, mole rats look pretty vulnerable for sure. Nature should have given them at least some means to survive. Lucky us, we now know what it is!

While the mole rats’ impressive potential is rather a distant future, the CRISP methodology has already undergone a serious of tests and late October 2016 was first tested on a person. Chinese doctors decided to make a decisive step, putting a lot of pressure on their American colleagues. The completion for the first CRISP-enabled cancer treatment is just unfolding. And as we know, where there is a competition, there is a quality end product. Seems like we will hear a lot on CRISP this coming years.

Designer babies and genes alteration are slowly becoming a norm. Why would you risk having a bouquet of inherited diseases if you can just shuffle through millions of spermatozoids and find an infallible winner? You can be sure there will be no birth defects, no unexpected health conditions or a wrong hair color. No one could guarantee your perfectly designed baby would be smart, ambitious or kind, but you can be sure you will have a boy if you want that.

If you see a person staring at his phone and running in your direction without looking at the road, you might be pretty sure you are on the way to a next Pokémon target. A new breakthrough in augmented reality, smashing a jumping Pokémon on the table which was previously quite empty, has become a new form of personal satisfaction. Not only you improve your imagination and coordination skills, you are on a right track to meet equally talented Pokémon hunters nearby. Well, every fad is not without some drawbacks, like children kidnapping or getting hit by a car, but, hey, you don’t want to miss out on catching your virtual friend.

Laziness once was a driver of progress. Coupled with a lack of time and our increasing impatience, we are getting one cool stuff after another. If you hate lines as much as every single person does, you might be pleasantly surprised to get a uberized shopping experience. Just Walk Out Technology has high chances of perpetrating our shopping malls in the nearest future. Make sure you don’t follow a cashier’s career these days!

If everyone is talking about FinTech, mysterious bitcoins and Blockchain, it’s not only because it sounds sexy (that as well, of course). But looks like there is a real substance behind the talk. There has been no time as ripe for disruption as XXI century. No wonder someone came up with an idea to grill the US money printing machine a little bit. Rather than worry about depositing your money at the bank and be on the lookout for a good exchange rate, you simply choose the universal securely encrypted currency. If you haven’t heard much about Blockchain yet, it’s a high time to get up to date, as a few years down the road it will become a major trend in finance. A good call for those who are still not decided about the career path, by the way.

Smart cars, electric cars, self-driving cars, – you name it. Whatever seemed like a pure futurism 10 years ago, is becoming actively commercialized with Tesla stores substituting Apple ones in the centers of the world megalopolises and creating bigger crowds than Mona Lisa back in the day. The brand that symbolizes future, prestige and environment consciousness all in one package is not an easy catch. Not sure if it is an affordable luxury, or Amsterdam is a dream city, but every 10th car you see on the street is Tesla. You want more? Try Uber in Amsterdam and you run a chance to drive in a Tesla car like it’s a no big deal! Both Tesla and Google are actively testing a self-driving car too. Looks like next few years we might more choice than mechanic or automat.

Watching “Black Mirror” series, it’s easy to spot a perpetual fear connected with hacking your data, laptop camera or a hive of robot-bees. With WikiLeaks and 2016 Yahoo data breaches, we clearly see that neither an individual nor a potent government structure can be immune to a well-crafted hacking algorithm. 1 billion user accounts have been hacked in the second half of 2016, leaking the users’ sensitive information and encrypted passwords. Yahoo or not, you’d be better off not saving your bank account password on the computer!

We don’t let ourselves to be caught off guard! More hacking – more security. We keep it rolling. 2016 has become a year when double authentication and bio recognition have become a norm. If you are looking for a free memory training mechanism, open an online banking, no need to go further. You would be requested 3 passwords, not one. If math and chess help to prevent Alzheimer, we are definitely on the right track to eradicate the disease. If you are too lazy to remember all that stuff or you want to skip the lines, just open up your eyes and be so kind to share your hand for a moment. While there might be 2 people with the same names and same passwords (be it a tiny probability or fake documentation), there are no 2 people with the same eye retina and fingerprints among all the 7.5 billion of us. Moreover, your life might be saved without your minimal involvement by the innovative facial recognition technology, that could detect a recurring criminal or terrorist in a matter of seconds.

2016 has been a stellar year for Samsung, which finally managed to get a whopping media dominance and free airport advertising all over the world. If you didn’t know Samsung before, you won’t escape it now. An explosive popularity of the model holds firm dominance in the airports throughout the world! Negative publicity is still a publicity, as they say. Who knows, if Kim Kardashian wasn’t the main PR adviser during the Galaxy 7 technical assembly?

It’s hard to overestimate Leonardo’s effortless involvement in being carried around the world and contemplating the irrevocable environmental catastrophe in every corner of our Planet. Jokes apart, it was exactly Di Caprio’s participation, that finally attracted millions of viewers to become the diligent students of the Environment studies’ class. Attributing snow in snow in Sahara and violent fires in Portugal to the outraged Gods is slowly getting out of fashion. And the greatest disappointment for all the warm-lovers among us: the accelerated melting of Arctic and Greenland are more likely to create a European Ice Age rather than get us closer to Mallorca.

Who said that perpetual energy is impossible? With the discovery of batteries’ off-the-charts charging capacity and the success of SolarCity’s Gigafactory, the inevitability of fossil fuels seems more questionable than ever. Elon seems to be a nice guy, so if his talk about the affordability of house solar panels is more than a PR move, I see no reason why not to enjoy a shiny roof and a free energy source. And, hey, the Ice Age can be still prevented. Good news, isn’t?!

It might sound like we are discussing freezing American offices or Singapore shopping centers, but the cryonics-related effect and the temperatures are somehow more prominent and shocking that what we are used to up till now. With the Arizona-based Alcor and several other cryonics institutions around the world, the “last wish” might sound like a quote from a futuristic movie and the notion of inheritance might get lost in the past with more people choosing a slim probability of a one-day resuscitation.

A 14-year old British girl has won the right to be legally preserved after her death by writing a heartbreaking letter to the unswerving British Court. If the chance of getting brought to life after a clinical death sounds more like a scenario for a zombie movie to you, you might be a proud owner of a critical mindset. As of today, 149 frozen bodies are patiently waiting for a new life to come. A glimpse of hope, however small, is better than no hope at all. Only time will show whether this slim chance is worth the price.

And last but not the least, we are lucky to live through an experience of classical music redefining. XXI century keeps overwhelming us with new talents and inborn musical geniuses, with each one being surprisingly more memorable than the other. 2016 is a year of Kosaka Daimaou, whose accessible and enthusiastic style has already brought him millions of admirers throughout the world. 2017 Grammy is no longer a cat in the bag!

Looks like we have a solid foundation for 2017, which promises to bring 2016 theories into practice and make futurism and luxury a mainstream.
Stay tuned with TEDxKazimierz!